Proprietor of Old Hickory Whiskey Bar and The Kennedy

An entrepreneur’s love of history, aged to perfection.

Just how does a Pensacola native with a bachelor’s in history and master’s in historic preservation become a successful businesswoman in an industry she had no history in?
Discover More
Watch Video
Listen Here

A woman walks into a bar…

At the ripe old age of 25, Katie Garrett signs a contract to lease a building with the vision to transform it into a whiskey bar. The building, dating back to 1881, is right in the heart of downtown Pensacola and the Palafox Historic District.

“During my senior year in high school, while school was closed in the aftermath of Hurricane Ivan, I worked at my dad’s general contracting and roofing company,” Katie recounted. “This is when I first got bit by the entrepreneurial spirit and love for chaos.”

In 2013, with no experience in this male-dominated service industry, and degrees in history and historic preservation, she jumped in and didn’t waste any time getting to business.

Katie and her team of twenty-somethings walked into 123 S. Palafox St. to begin the renovation and transformation of the street level space. They carefully tore the structure completely apart. A cloud of dust billowed and hung in the air, making it hard for them to see their hands in front of their faces, but behind the Sheetrock, they struck gold. Actually, it was tin. Tarnished tin panels entombed in the walls were preserved and repurposed on the new bar by Katie. In the decades of debris, horse bits and nails were other random historic artifacts that Katie discovered during the demo.

With a bachelor’s in history and master’s in historic preservation from UWF, Katie Garrett was ready to make a little history.

True to her education and passion, Katie gave the building new life and purpose, receiving big kudos from the members of the UWF Historic Trust. But Katie wasn’t done paying homage to the past and showing her sense of pride for the historically rich city where she was born and raised.

As someone who studied Jacksonian-American history at UWF, Katie is well versed in what is commonly referred to as the Jacksonian Era. Andrew Jackson was a general in the U.S. Army and a national war hero. He served in both houses of the U.S. Congress and was the seventh U.S. president—the only one to be a veteran of both the Revolutionary War and the War of 1812. “A Man of the People,” he represented and protected the common man. Andrew Jackson was also the first territorial governor of Florida. Pensacola’s Plaza Ferdinand VII was the place where Andrew Jackson accepted the transfer of Florida from Spain to the United States in 1821. His legacy remains today, as evidenced by the naming of Jackson Square and other local businesses in Pensacola. Inspired by his leadership, Katie wanted to honor Andrew Jackson by naming her establishment Old Hickory Whiskey Bar. It was his toughness and determination that reminded Jackson’s troops of a firmly rooted Hickory tree, which earned him the nickname “Old Hickory.”

Old Hickory Whiskey Bar was immediately met with rave reviews and national recognition as one of America’s Best Bourbon Bars by The Bourbon Review. “Old Hickory” has earned this honor annually since it opened. For Katie, it was a major milestone and moment of pride to achieve this level of national recognition. It was not just a notch in her belt, but a way to spotlight Pensacola. As the oldest city in America, she hopes this level of recognition will help Pensacola attract more people, especially bourbon enthusiasts, to visit here and pour money into our local economy.

Old Hickory Whiskey Bar has been named one of The Bourbon Review's "80 Best Bourbon Bars in the US" consecutively since 2015.

Two dead U.S. Presidents walk into a bar, the bartender asks, “What’s your pleasure gentlemen?” Both reply, “your best spirits.”

After she opened her second establishment, The Kennedy, in 2019, it became an inside joke that Katie has a thing for dead U.S. Presidents. Located a few blocks away from Old Hickory, The Kennedy is a place where mid-century cocktails meet 21st century libations. It’s her tribute to the 1960s cocktail movement, mid-century design and the 35th U.S. President, John F. Kennedy.

The sole proprietor of these two establishments, Katie has received numerous accolades and press over the years. Her success can be tied back to the mantra used by her and her staff, “we don’t serve drinks, we serve guests.”

Katie runs everything like a business, not a bar. Marketing is top shelf and the guest experience is handcrafted and aged to perfection. The goal is to make every patron happy.

With that in mind, Old Hickory Whiskey Bar was designed to feel like a second living or second home—calm, relaxing and where everyone is treated the same way. The bar is filled with warm wood features blended with a friendly atmosphere and touch of southern hospitality. The Kennedy, on the other hand, is designed to reflect a hotel bar vibe with a nod to the 60s. Yet, it’s far from, and purposely intended not to be a time capsule from the decade that put three men in a space capsule to the moon and back.

Along Palafox Street, The Kennedy Cocktail Bar hearken back to the mid-century. 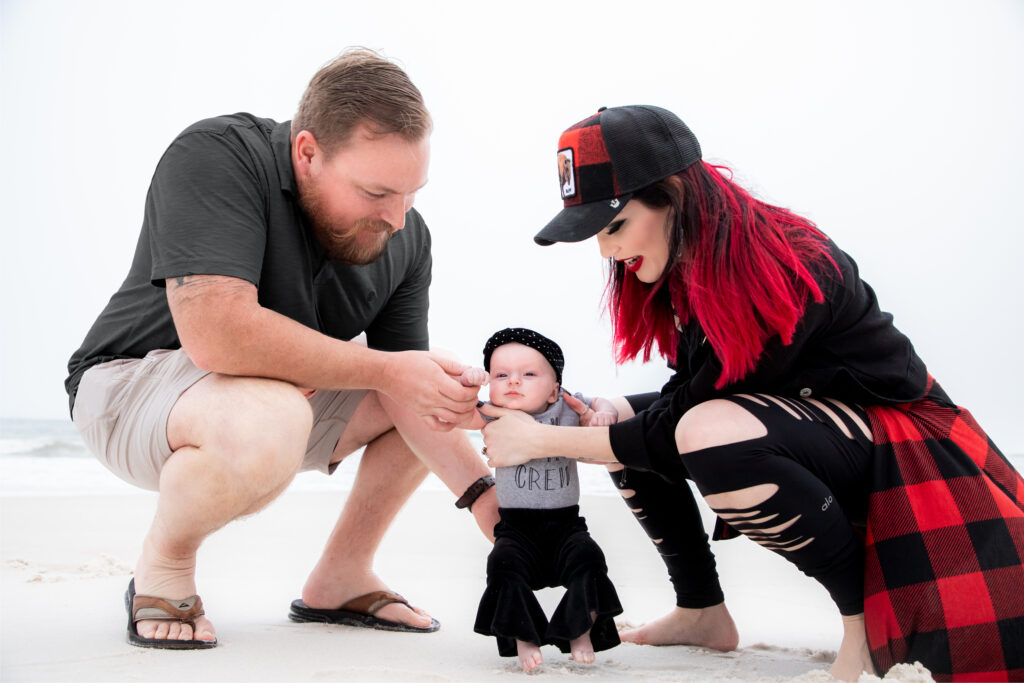 Katie’s inspiration and motivation to pursue these dreams harken back to UWF. At UWF, professors don’t just know your name, they know who you are and are interested in your dreams and successes. The UWF community feels like a second family; it especially did for Katie during her time as a teacher’s assistant and working at the UWF Historic Trust. It’s why being a part of Old Hickory is something bigger than a whiskey bar, it is a family. Multiple times during the shift, you’ll hear her employees call Katie “mom.” which she proudly wears as a badge of honor and sees as one of her greatest accomplishments.

In less than a decade, Katie has made history revitalizing historic buildings, breaking glass ceilings and building two thriving businesses in downtown Pensacola—one of which has become nationally recognized. She has become a mover and shaker in the community as a businesswoman, “mom” to her employees, entrepreneur, philanthropist, historian and founder of Pensacola’s all-inclusive Mardi Gras krewe: The Order of Calliope.

Katie’s glass is pretty full, but her daughter keeps Katie hopping as well. The question is if history will repeat itself. Will Scarlett follow in her mom’s footsteps?

Time will tell if Scarlett will share her mom’s determination, spirit, interest in history and connection to Pensacola. And if echoes of the past will bear witness to Katie’s dad becoming her daughter’s best friend as her grandpa was to Katie or Katydid which was his pet name for her.

For Katie, It’s bigger than a bar, it’s her family.

Katie’s best friend walks into a bar, the bartender asks “What’s up grandpa?” To which he replies, “Katydid built this?” The bartender says “Yes sir, Katie did.”